Antibody to the ligand of CD40, gp39, blocks the occurrence of the acute and chronic forms of graft-vs-host disease.

Find articles by Aruffo, A. in: JCI | PubMed | Google Scholar

Chronic and acute graft-versus-host disease (cGVHD and aGVHD) result from donor cells responding to host disparate MHC alleles. In cGVHD (H-2d-->H-2bd), heightened polyclonal immunoglobulin production is due to the interaction of donor allospecific helper T cells (Th) and the host B cells. In vivo administration of antibody to the ligand for CD40, gp39, blocked cGVHD-induced serum anti-DNA autoantibodies, IgE production, spontaneous immunoglobulin production in vitro, and associated splenomegaly. Antibody production remained inhibited for extended periods of time after termination of anti-gp39 administration. Antiallogeneic CTL responses induced in a GVHD were also prevented by the in vivo administration of anti-gp39 as was the associated splenomegaly. These data suggest that CD40-gp39 interactions are critical in GVHD and that CD40-gp39 may be a valuable ligand-receptor pair for targeting immunotherapeutic agents to control GVHD.

Click on an image below to see the page. View PDF of the complete article 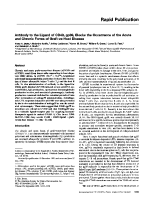 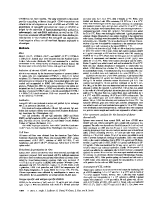 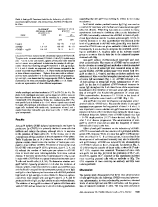 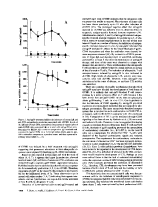 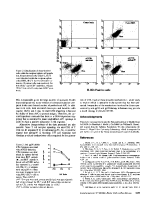 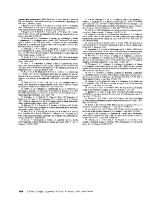