A novel approach was employed to assess the contribution of the renin-angiotensin system (RAS) to obstructive nephropathy in neonatal mice having zero to four functional copies of the angiotensinogen gene (Agt). Two-day-old mice underwent unilateral ureteral obstruction (UUO) or sham operation; 28 days later, renal interstitial fibrosis and tubular atrophy were quantitated. In all Agt genotypes, UUO reduced ipsilateral renal mass and increased that of the opposite kidney. Renal interstitial collagen increased after UUO linearly with Agt expression, from a fractional area of 25% in zero-copy mice to 54% in two-copy mice. Renal expression of transforming growth factor-β1 was increased by ipsilateral UUO in mice expressing Agt, but not in zero-copy mice. However, the prevalence of atrophic tubules due to UUO did not vary with Agt expression. Blood pressure was not different in all groups, except for a reduction in sham zero-copy mice. We conclude that a functional RAS is not necessary for compensatory renal growth. This study demonstrates conclusively that angiotensin regulates at least 50% of the renal interstitial fibrotic response in obstructive nephropathy, an effect independent of systemic hemodynamic changes. Angiotensin-induced fibrosis likely is a mechanism common to the progression of many forms of renal disease. 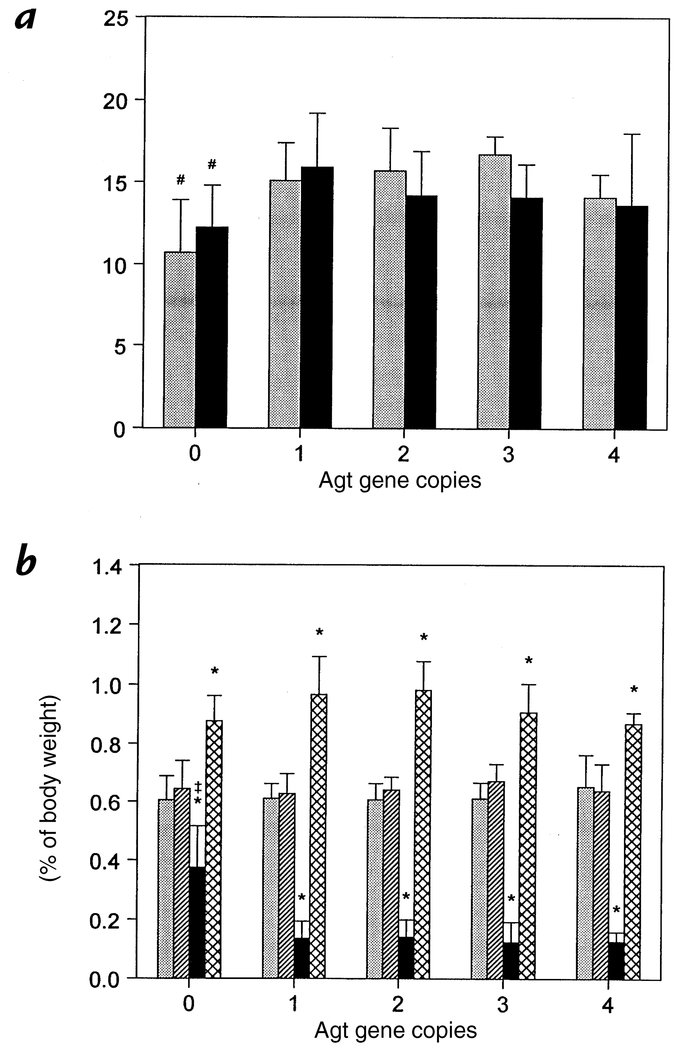