ChIRP-seq analysis reveals genome-wide binding sites for , including a TBE upstream of the promoter. 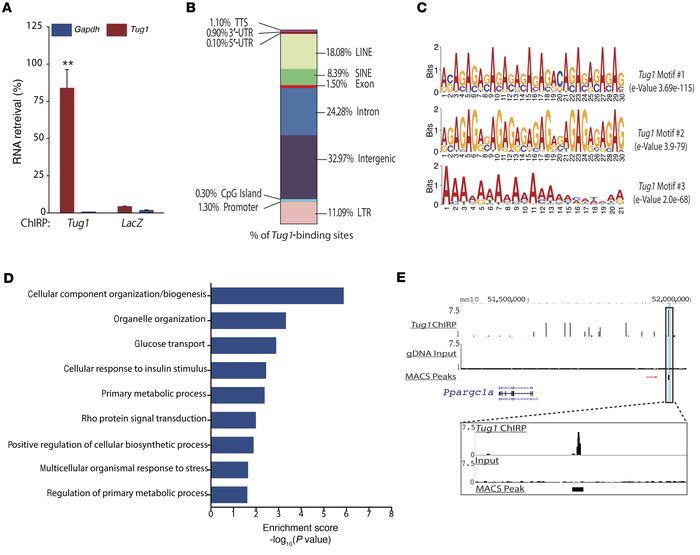